Assigning a New VLAN on a Cisco Switch

Cisco network switches make it simple for SMBs to get enterprise-class network performance.

They push the envelope of networking technology, providing the most relied upon switches from data centers to the small office. Their switches are fast and full-featured, including support for VLANs.

What is a VLAN?

A LAN, or Local Area Network, is a network of interconnected computers, switches, and so on within a specific space. Think of all the computers on one floor of an office building. When they’re all connected using Ethernet or WiFi, they create a LAN.

A VLAN is the same idea: a discreet network of interconnected computers. But instead of relying on physical connections, VLANs rely on computer logic. Data are marked as belonging to a virtual network, separate from other networks. So you have an independent LAN, even though it runs on the same cabling and switches as your other LAN/s.

Why would you want to set up a VLAN? VoIP is a good reason. 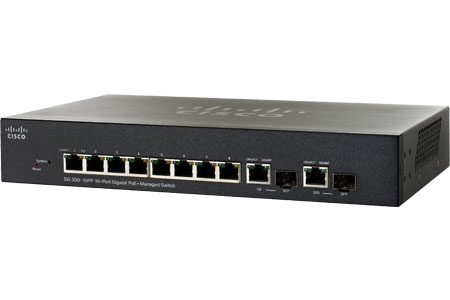 VoIP can be a bandwidth intensive process. More importantly, it’s a mission-critical technology. You don’t want your phone system to go down or to have the quality of your phone calls get worse because your network is overloaded.

A good way to prevent VoIP from facing these challenges is to have it run on its own network. That way, it won’t need to interact with your other data traffic, like using the internet or uploading videos to YouTube or managing your website or scheduling conferences.

If you set up a VLAN for VoIP, your communications will be that much more stable.

This is just one reason to set up a VLAN!

You can see why VLANs are necessary for business communications today.

But how do you set one up?

One of our certified network engineers made a quick, easy to follow how-to. Assign a new VLAN on a Cisco switch in just three minutes!