Hands On with Yealink CP700 Speakerphone

We got our hands on the brand new Yealink CP700 Speakerphone and we’re excited to share our impressions with you!

CP700 is a portable speakerphone that connects via USB and Bluetooth to computers, tablets, or smartphones. It enables professional audio communications in the office and on the road.

Because of its connectivity options, CP700 works for standard phone calls, softphones, video conferencing — pretty much anything. 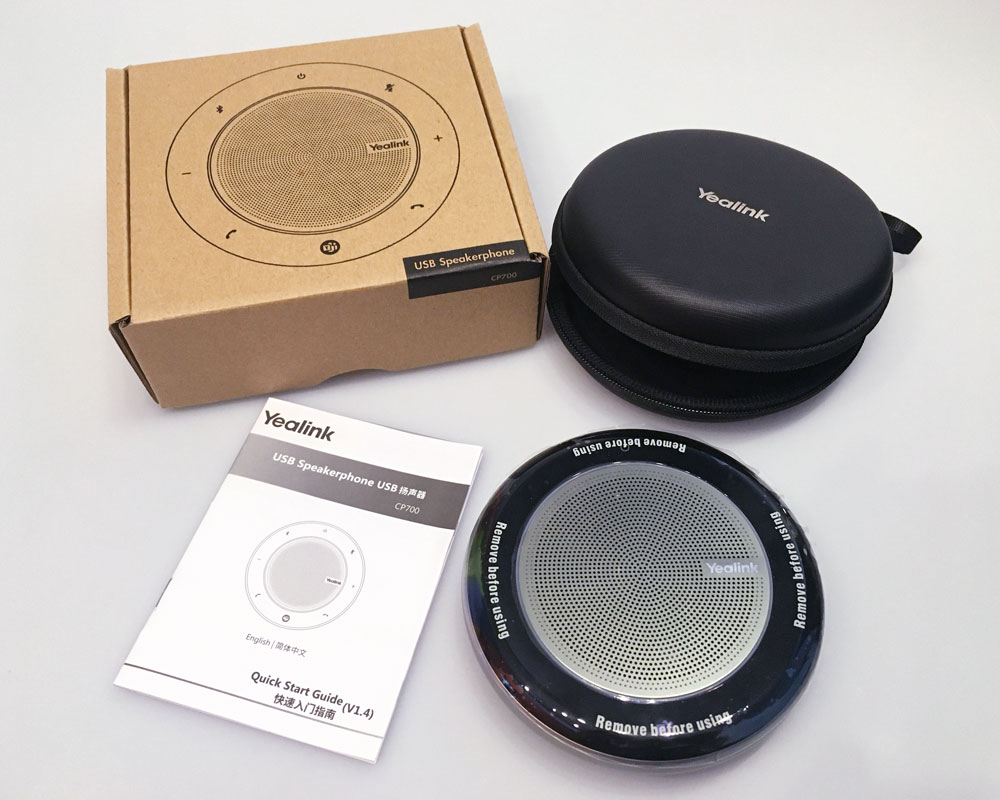 CP700 features a classic circular design with an elegant grille.

Around the grille is a thin, transparent ring, which has multicolor lights underneath that indicate, for example, when the speaker is turning on, you’re changing the volume, and more. (More on this in a bit.)

Around the inner ring is a glossy black outer ring with capacitive buttons for controlling the speakerphone.

It’s a bit heftier than a speakerphone in its class we compared it to — around 25g heavier, not much but noticeable. It’s still easily light enough to toss in your bag when you want to use it on the go.

We think that the heavier build is used to improve sound quality — an excellent tradeoff. 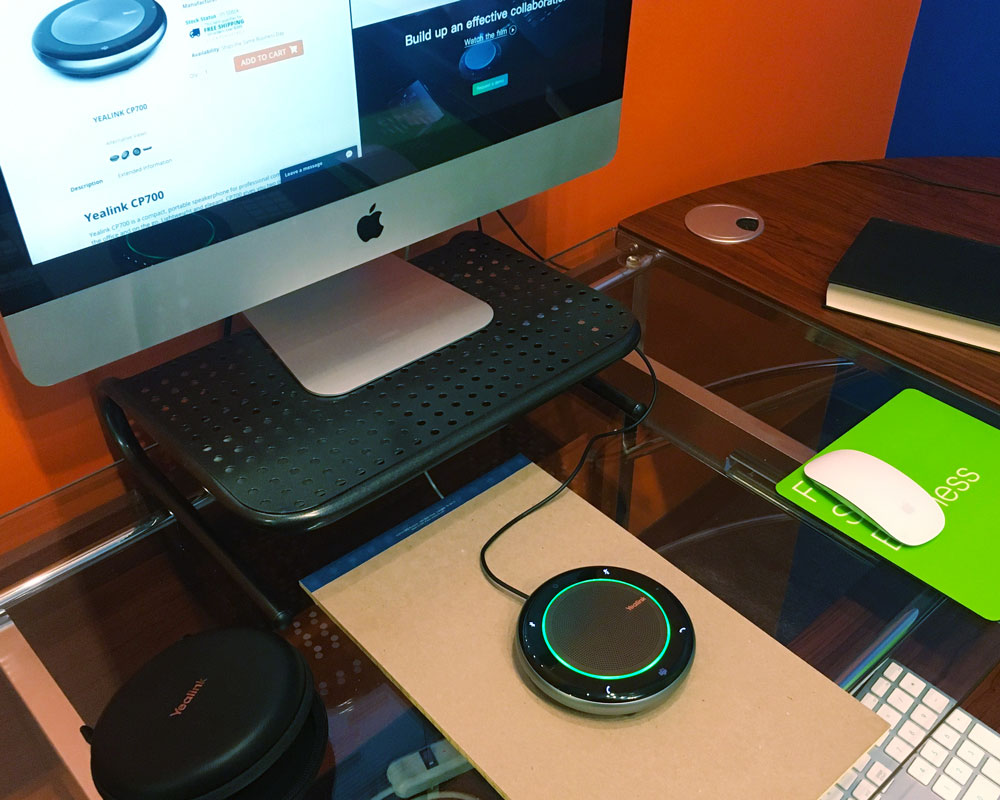 In comparison to another speakerphone in its class, we found that the CP700 has more depth to its sound field — more bass and richer in tone, near or at the top of the business speakerphones we’ve seen.

Because of this, it works great for music as a Bluetooth speaker.

CP700 has an omnidirectional microphone with a listed pickup range of around 5ft, which is about what we found sounds good as well. 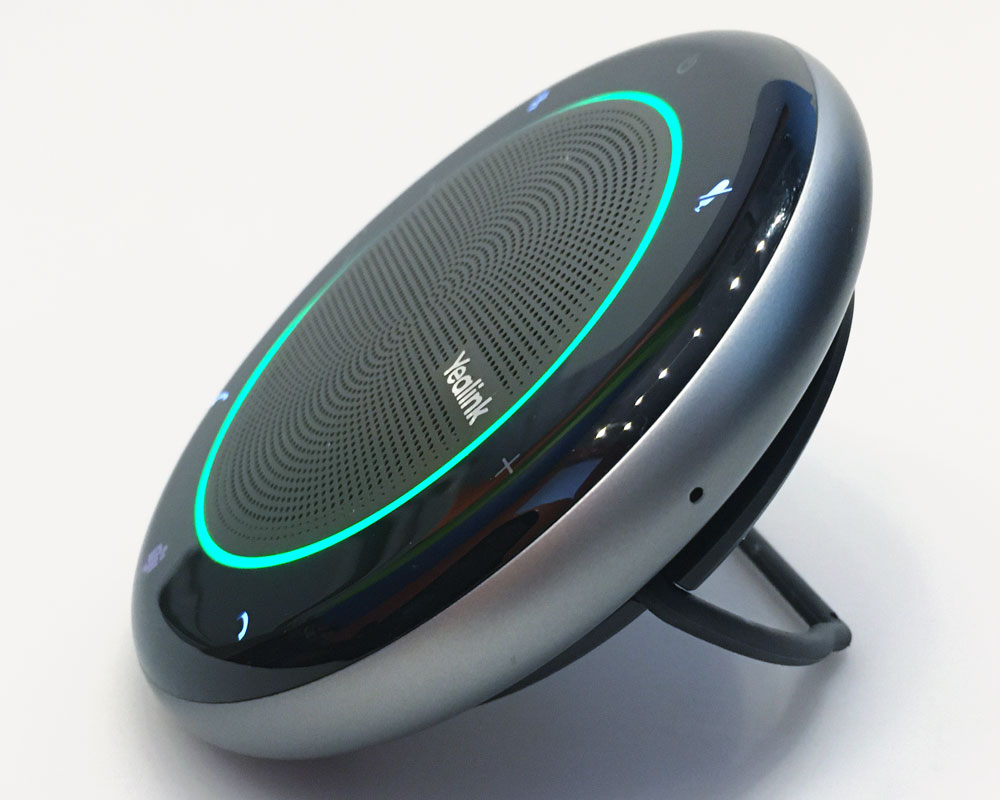 The controls for CP700 are capacitive buttons on the outer ring of the speakerphone.

When off, four of the buttons are visible: power, volume up/down, Microsoft Teams. When on, the other four buttons appear: Bluetooth, mute, call answer/end.

You’ll notice that the speakerphone has a dedicated Microsoft Teams button. This button launches the app on the connected computer.

To turn on the speakerphone, you have to hold on the power button for a second or two, it’s not just a tap.

To check on the battery level, tap the power button once. The inner ring around the speaker grille lights up in green. You can tell the battery level by how far the green ring goes around, as you can see in the picture above.

As you adjust the volume, the ring will light up blue in the same way, as you can see below. 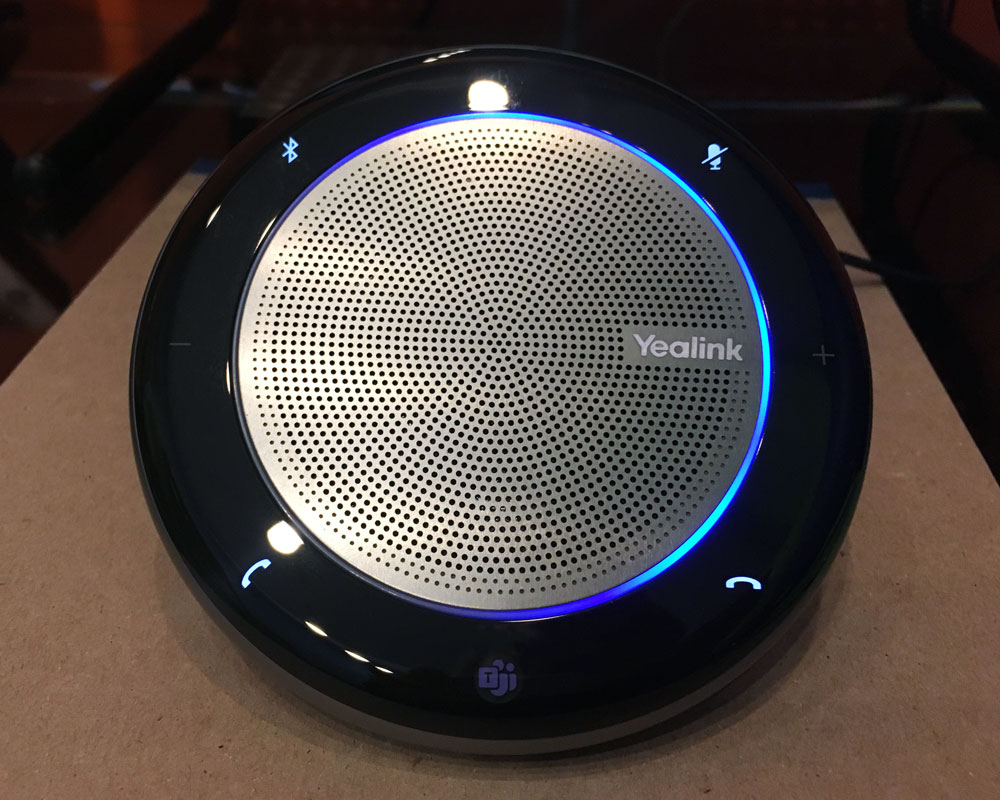 USB connectivity makes the speakerphone a plug-and-play solution for use with softphones or media. It uses traditional USB-A, not the newer USB-C.

All you need to do is plug it in. If the computer doesn’t automatically switch to the speaker, it should appear in your audio output options. 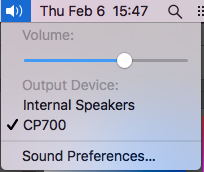 We use Macs, so this option is found under the speaker in the top bar:

CP700 is easy to connect to a smartphone or tablet via Bluetooth: 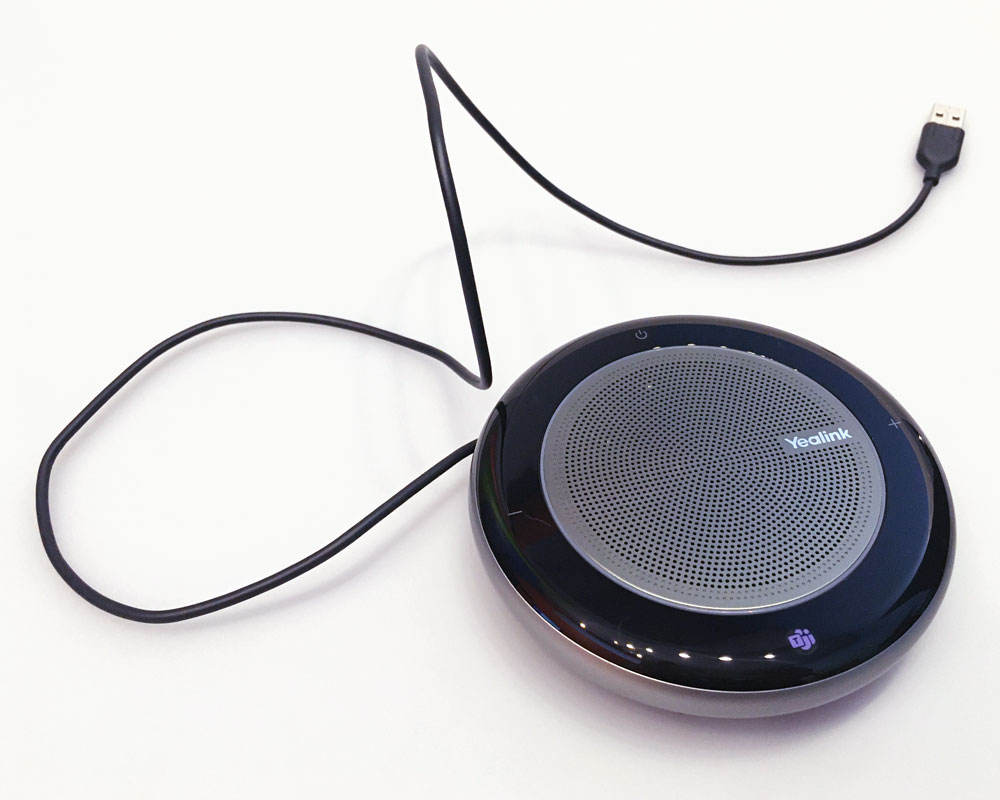 We didn’t strictly test the claimed 10 hrs of talk time, but we tried it out for a long time and the 1420 mAh Li-polymer battery held up just fine. It charges via USB, which is as easy as it sounds.

CP700 has an integrated stand, which means you can tilt it for better sound. It’s convenient — a great feature!

The 2.6ft USB cable coils neatly around the speakerphone. It comes with a carrying case, keeping it clean and scratch-free in a bag.