Poly Sync 20: How to Update Firmware

Poly Sync 20 is a personal smart speakerphone with Bluetooth and USB connectivity, crystal-clear sound with professional noise cancellation, voice tracking microphones and more — wherever you need it.

In this blog, we’re going to cover how to upgrade Poly Sync 20 to the latest firmware version.

But a bit more about the device itself:

Use Sync 20 for more than just calls — the sound quality for music or movies will amaze you. 20 hours of battery life means all-day performance. In fact, its battery is so powerful that you can use the USB charging port to charge your smartphone — it doubles as external battery.

Slim, modern and highly portable, Sync 20 is built to last: it’s IP64 rated against dust and water ingress. It comes with a carrying case and an optional lanyard, so you can take it on the go without worrying about damaging it. 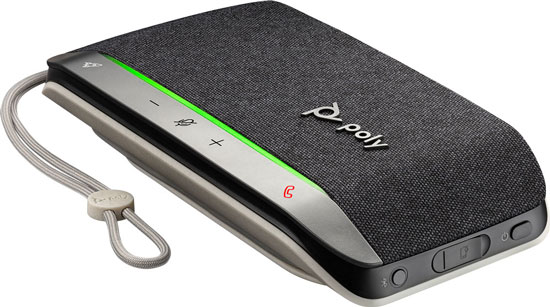 Sync 20 is Zoom Certified, making it the perfect speakerphone for Zoom calls. And it works for almost any other softphone. There are Microsoft Teams Certified models that have a dedicated Teams button — simple.

It’s available in standard UC or Microsoft Teams editions with either USB-A or USB-C connectivity via a USB cable that wraps around the speakerphone neatly when not in use. Every model supports Bluetooth to connect with a smartphone or tablet. There are also versions with USB-A or USB-C Bluetooth dongles included to use the speakerphone wirelessly with a computer or laptop. 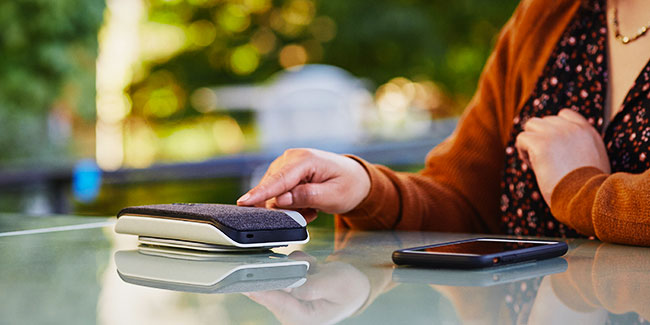 How to Update Firmware of Poly Sync 20 Smart Speakerphone

Update firmware for Poly Sync 20 Speakerphones using Plantronics Hub, a free application for Windows or macOS computers and Android or iOS smartphones. Using the smartphone app, you can update firmware wirelessly — make sure your Wi-Fi signal is strong and stable.

Hub does much more than let you update firmware. You can customize settings, check status, manage sensor options and more for Poly headsets and speakerphones.

Follow the links to Hub Desktop and Hub Mobile below for full compatibility information. 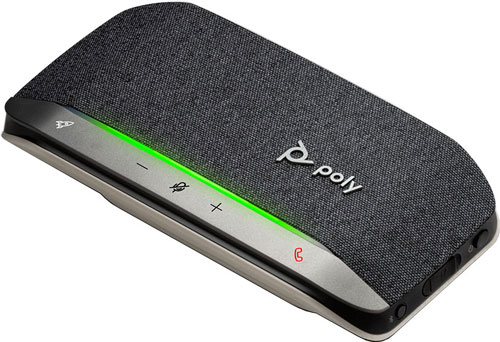 Before updating the speakerphone, make sure you do the following:

Once you have installed Hub and connected the Sync 20, it’s a very simple process: 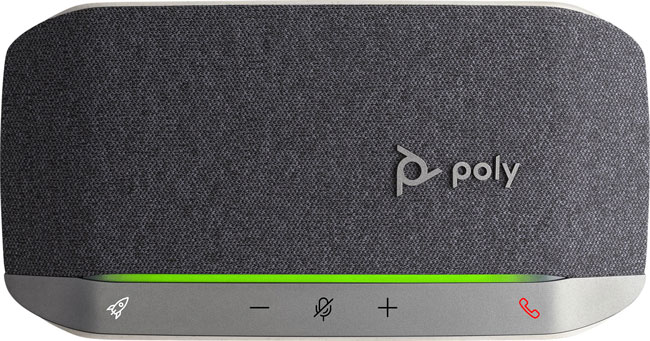 Firmware updates are a very important yet often ignored element of the business device lifecycle:

New Features. Poly releases new features to improve their products. By updating the firmware, your device will have all possible features.

Improve Security. As new attacks occur and old bugs are uncovered, it is vital to upgrade firmware to prevent bad actors from harming your device.

Compatibility. As new devices or services come out and existing platforms are updated, you want to make sure your speakerphone is compatible.

Device Stability. With technology, there is always something to fix. Firmware updates ensure optimal performance.