If you want a great introduction to the topic of VoIP phones in general, check out our VoIP Phone Buyer’s Guide. 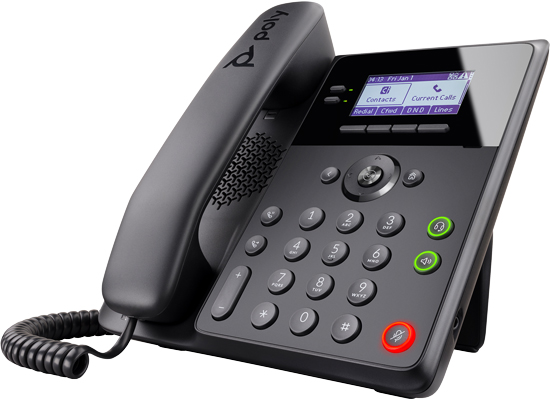 What to look for in a classroom VoIP phone

We’ve broken down our recommendations into convenient topics:

Then we end the blog with a list of things you don’t need to worry about.

A classroom phone doesn’t need to be anything fancy. You don’t need a large color touchscreen display and sixteen line keys when all you’re going to do is occasionally call the principal’s office. Something ultra-simple like the Grandstream GRP2602P will work just fine.

All the recommendations that follow keep your budget in mind.

What VoIP phone system or cloud phone service are you using?

Compatibility: you have to think about it. What phone system will you use the school VoIP phone with? There are many, many options out there. To learn more about VoIP phone systems, check out our clear, detailed VoIP Phone Systems Buyer’s Guide.

If you’re interested in an on-premise VoIP phone system for schools, two common solutions that our school customers have chosen are 3CX Phone System and the Grandstream UCM Series of VoIP Phone Systems. 3CX is a budget-friendly software phone system that lets you control your communications. The Grandstream UCM Series features cost-effective IP PBXs that power your communications. Both are SIP phone systems, which means call control is done via the open SIP protocol. SIP is the most popular VoIP protocol. Because it’s an open protocol that many, many manufacturers use, going with a SIP phone system gives you the broadest selection of phones to choose from.

Many schools now go with a cloud phone service like RingCentral, GoTo or 8x8. These companies will have compatibility guides to let you know which VoIP phones have been tested to work with them. 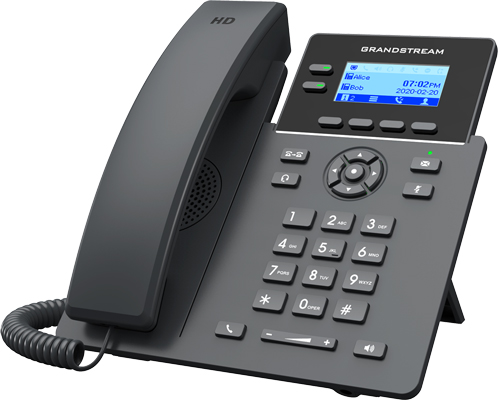 Ethernet or Wi-Fi… and how will you power the phone?

VoIP phones connect to your school’s IP network in one of two ways: via an Ethernet cable or via Wi-Fi.

Ethernet connectivity is stable and extremely reliable. One advantage of using an Ethernet cable is that you can power the phone via Power Over Ethernet (PoE), a well-established standard for pushing power to devices through Ethernet cables. To use PoE, however, you’ll need a PoE network switch or PoE injector. If your school doesn’t have a PoE switch, you’ll need a power supply for the phone. To reduce waste, many VoIP phone manufacturers don’t include a power supply in the box. You’ll need to buy it separately. We sell a full range of official power supplies for VoIP phones.

Sometimes you can’t or don’t want to run Ethernet cable. In which case, a Wi-Fi phone is the way to go. VoIP phones support Wi-Fi in one of two ways: via a built-in Wi-Fi radio or via a USB dongle. We suggest that, if you want to use a Wi-Fi VoIP phone in the classroom, you find one with native Wi-Fi support, like Grandstream GRP2602W. A dongle might be a tempting object for quick little fingers to take away…

One thing to know is that if you use Wi-Fi to connect to your network, the phone will probably need to be powered via a power supply.

When it comes to Ethernet ports for VoIP phones, there are two options: 10/100 (sometimes called Fast Ethernet) and Gigabit. These refer to the amount of data throughput the port is capable of handling: 100 Mbps or 1000 Mbps (or 1 Gbps), respectively. Gigabit sounds fancy, but for a school phone, do you need a Gigabit VoIP phone?

The answer is probably not. Gigabit Ethernet ports are useful when you daisy-chain a VoIP phone with a computer and both see a lot of use. Both require a fast internet connection, so having the faster port is valuable. A classroom VoIP phone, however, typically won’t have a computer attached, so you don’t need to worry about it. A basic VoIP phone with a 10/100 Mbps Ethernet port like Poly Edge B20 will be just fine. Which is great because you don’t need to pay for the upgraded port!

How many speed dial keys do you need?

VoIP phones are often distinguished by how many keys they have. As you go up in price, you get more keys. These keys are used for a variety of purposes, including speed dialing extensions. A VoIP phone in school room probably won’t require many speed dial keys. After all, a teacher isn’t a receptionist! For example, you might only need a phone with two keys, one to call the main office and one to call the school nurse.

If you only use at most one or two speed dial keys, why pay for more? A VoIP phone with two keys like Yealink T31P will work very well. 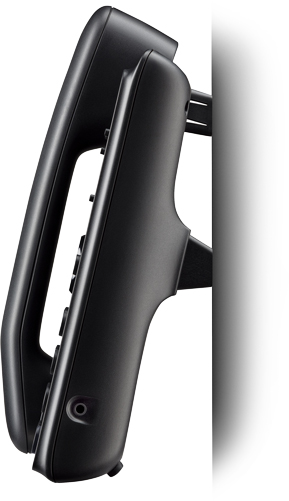 When it comes to placing a phone in a classroom, you have two options: on the teacher’s desk or on the wall. Wall-mounting the phone is more convenient and secure, but it also often will requires a separate wall mounting kit. Some phones come with wall mounts, like Poly Edge B30. If you need to buy it separately, we sell a full range of official VoIP phone wall mount kits.

If you place the phone on the teacher’s desk and connect it via Ethernet, make sure the cable has a secure place to run so it won’t trip any students up.

A VoIP phone that supports paging or intercom functionality

Here’s something to think about: do you want the classroom VoIP phone to be able to send pages over the PA system or act as an intercom?

Having a phone with paging capability can be particularly useful in emergency situations, so the teacher can warn everyone before the situation gets too dire. Using a phone as an intercom keeps the conversations private, rather than having an actual intercom, which is essentially a speakerphone.

Note that paging and intercom functionality might be dependent on the VoIP phone system or cloud phone service. Even if your phone supports it, the phone system might not. If you want to learn more about paging systems, check out our expert Paging Systems Buyer’s Guide.

Rather than using a VoIP phone, you could set up a talk-back paging speaker like CyberData 011398. “Talk-back” just means two-way audio: it has a microphone and speaker. What’s great about talk-back speakers in classrooms is that, most of the time, they’re acting like a standard PA speaker, letting the kids know when lunchtime has started. But if the teacher needs call the office, they can also use the talk-back speaker to do that.

Algo 8190S goes two steps farther. This device, designed for classrooms specifically, is a talk-back speaker with integrated digital clock and strobe light. In other words, you get a speaker, intercom, clock and visual alerter in one device. Pretty convenient!

You might be asking, “Why would I want a strobe light in my classroom?” That leads us to our next topic.

Attach a loud ringer or strobe for noisy classrooms

As an example, Algo 2507 is an adapter that plugs into a compatible phone’s headset jack. You then connect it to a loud ringer or strobe light. When a call comes in, 2507 directs the calls to the connected device. It doesn’t require a separate extension, either, so it’s very cost-effective. 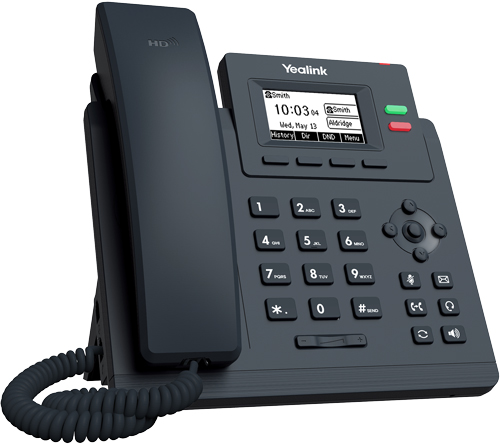 And finally… some things you don’t need to worry about!

To finish off, we just wanted to list some things that you don’t need to look for. When shopping for a VoIP phone, there are so many features. You might wonder if you should worry about them. Here are some you can cross off: