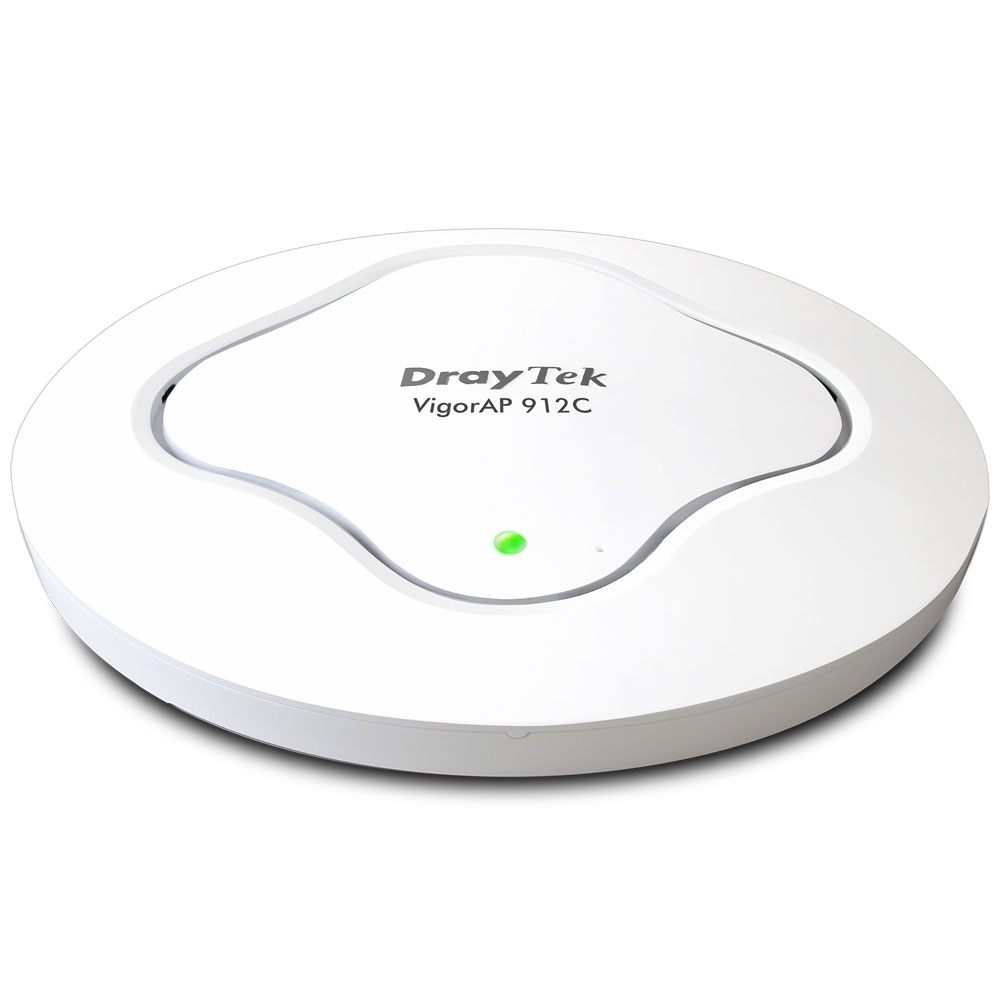 DrayTek VigorAP 912C makes it simple to build a professional Wi-Fi system. The access point supports 256 concurrent active users and 8 SSIDs. Schedule the Wi-Fi to be on or off at specific times, which not only controls access to protect the network but also saves on energy. It supports a local RADIUS server for 802.1x authentication. Airtime fairness technology levels out the transmission time of each client, which reduces the impact of legacy devices so they don't slow down the network. It has full Wi-Fi security support, including WPA3-Personal encryption. Power the access point via PoE or the included power adapter.