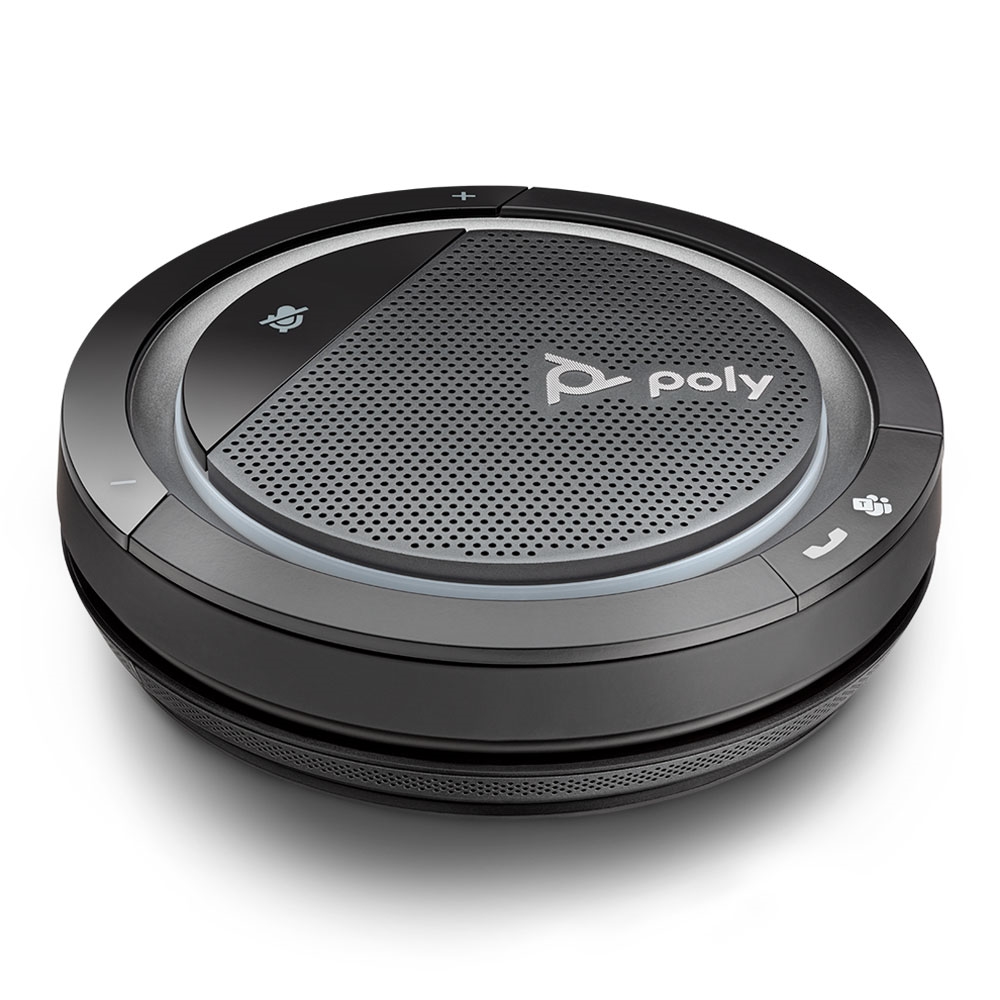 Get a Poly Calisto 5300 with BT600 Adapter that is certified for Microsoft Teams! Calisto 5300 is a portable speakerphone that provides professional audio quality wherever you are — in the office or on the road. The speakerphone offers two ways to connect: plug-and-play USB-C or wireless Bluetooth. A full-duplex speakerphone, Calisto 5300 features a 360° microphone and amplified speaker, giving you exceptionally clear communications. The phone has intuitive call controls on the device.

The package includes a Poly BT600 Adapter, which enables mobile convenience with a computer or laptop. The small USB-C dongle plugs in and lets the computer establish a wireless connection via Bluetooth with the speakerphone.The package also includes a soft carrying case to protect Calisto 5300 on the go.