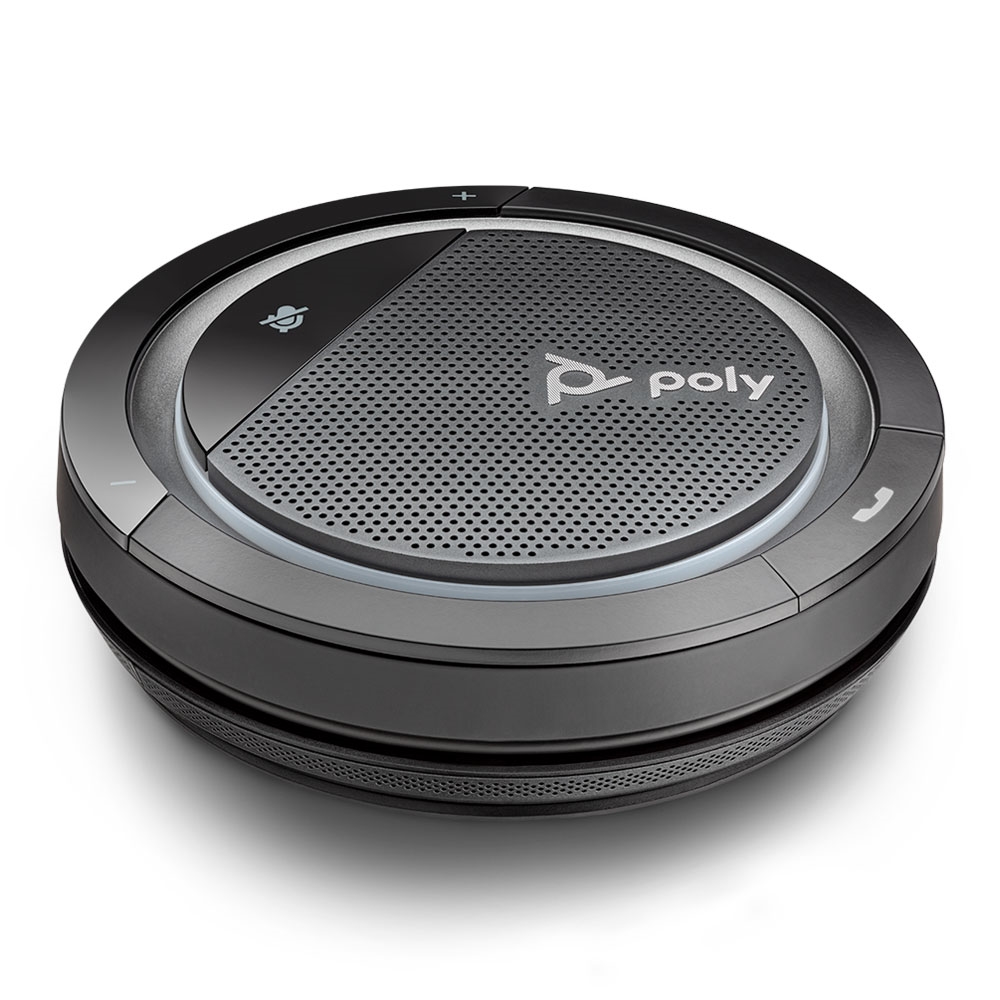 Poly Calisto 5300 is a professional speakerphone with USB-C or Bluetooth connectivity. Designed to be used in the office or on the read, Calisto 5300 is a full-duplex speakerphone. The omnidirectional microphone has 360° audio pickup. The amplified speaker makes voices clear and comprehensible. The simple capacitive call control buttons make it intuitive to use. The battery lends the speakerphone 16 hrs of talk time. It comes with a soft carrying case to protect it in transit.