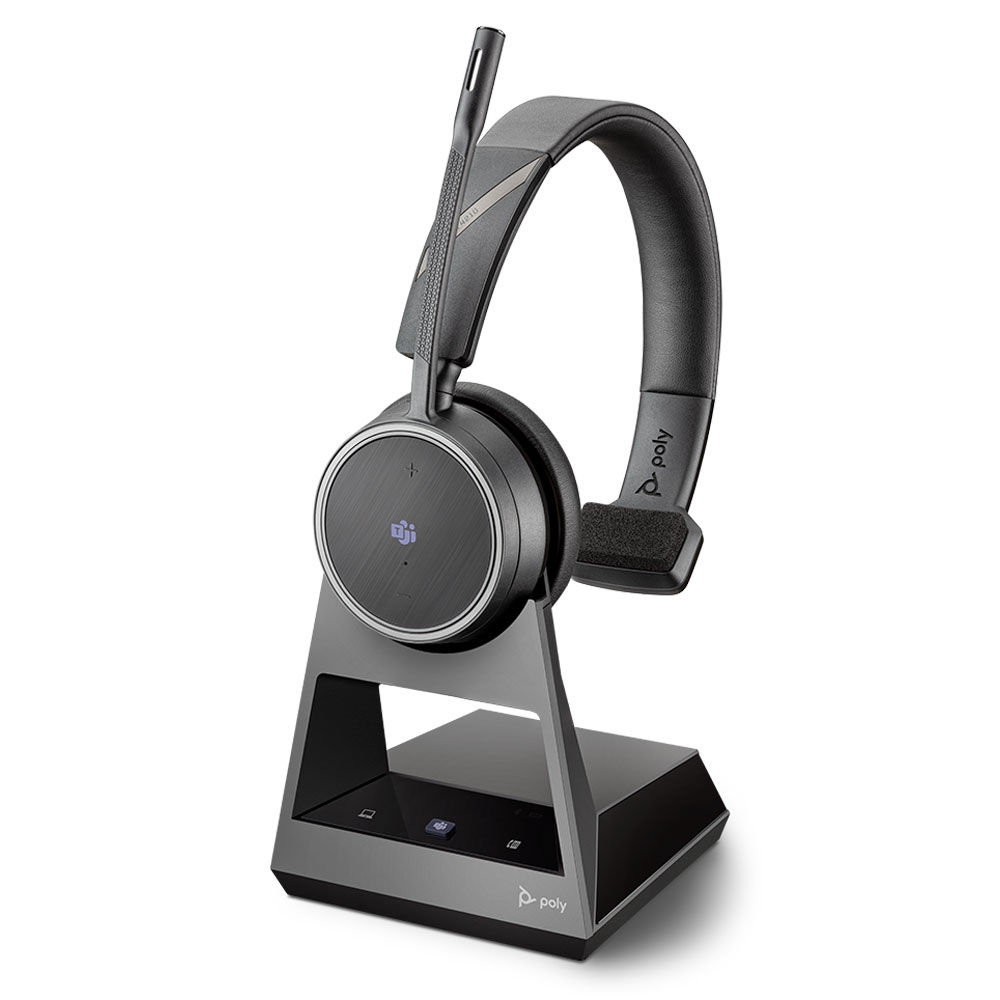 Poly Voyager 4210 Office is a professional wireless headset. This model has a two-way base that connects to a computer via USB-A and a desk phone. The base also has a dedicated Microsoft Teams button to instantly launch Teams. Voyager 4210 is a monaural headset with incredible audio performance. It's a Bluetooth 5.0 headset with a wireless range of up to 300ft line of sight. You can use it for computer, desk phone, or mobile device.

Voyager 4210 has a super-soft ear cushion and padded headband for all-day comfort. The battery gives you 12 hrs of talk time and 15 hrs of listen time. Voyager 4210 has an on-call indicator on the headphone to let your co-workers know when you're on a call. The headset offers a dynamic mute alert that tells you when your mic is off. The headset has Alexa built-in and you can set it up with Tile to prevent device loss.