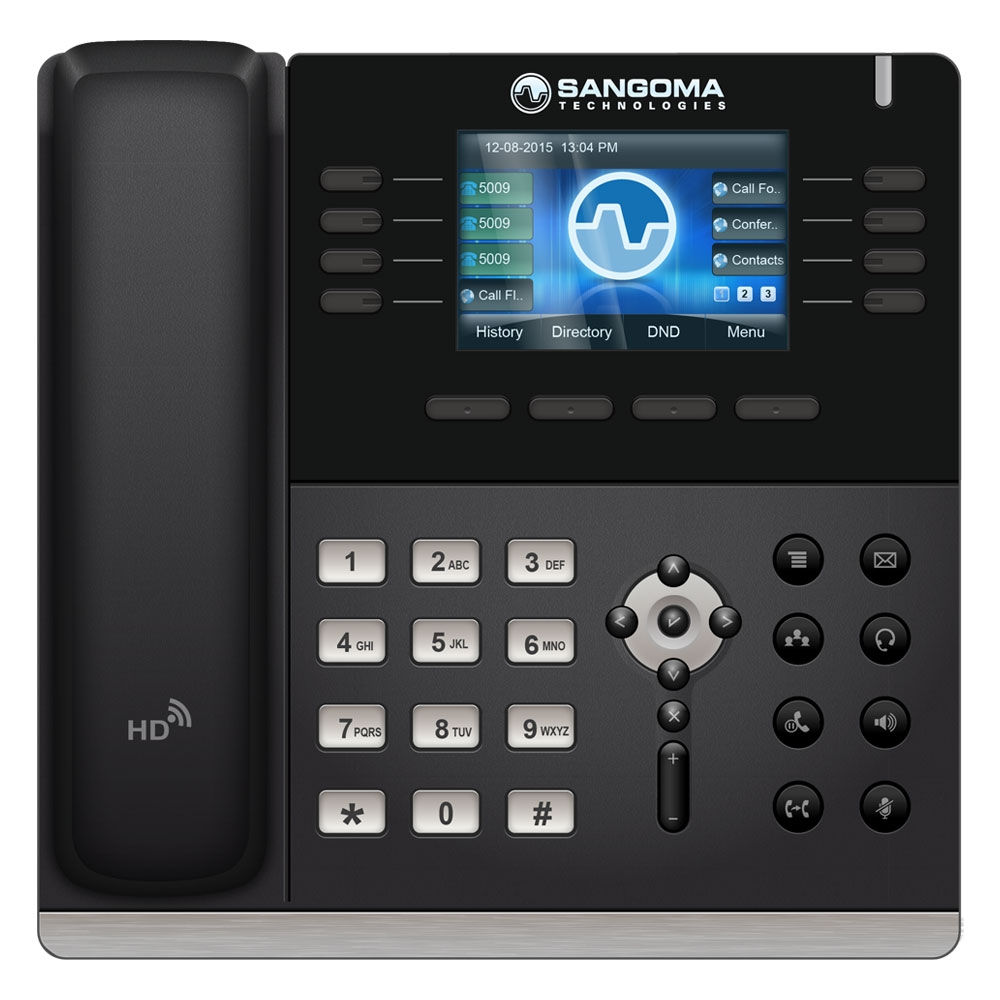 Sangoma s505 is a midrange VoIP phone with Gigabit Ethernet speed and built-in VPN capability. s505 is designed to work with FreePBX and PBXact, including Zero Touch Provisioning and deep integration with PhoneApps, a collection of advanced business apps that you can install directly to the phone. The phone supports 4 SIP accounts. It has 8 line keys with dual color LEDs, as well as 4 soft keys for contextual actions. Intuitive to use, it has a 16-bit color 3.5" display. You get HD audio from both the handset and full-duplex speakerphone.

Sangoma s505 has a dedicated headset port for attaching a wired headset. It supports wireless headsets using EHS. If you need more feature keys, attach up to 6 Sangoma EXP100 Expansion Modules. The dual Ethernet ports feature Gigabit speed to future-proof your investment. s505 is a professional phone, so it comes with built-in VPN support, as well as QoS control, TLS encryption, and more.