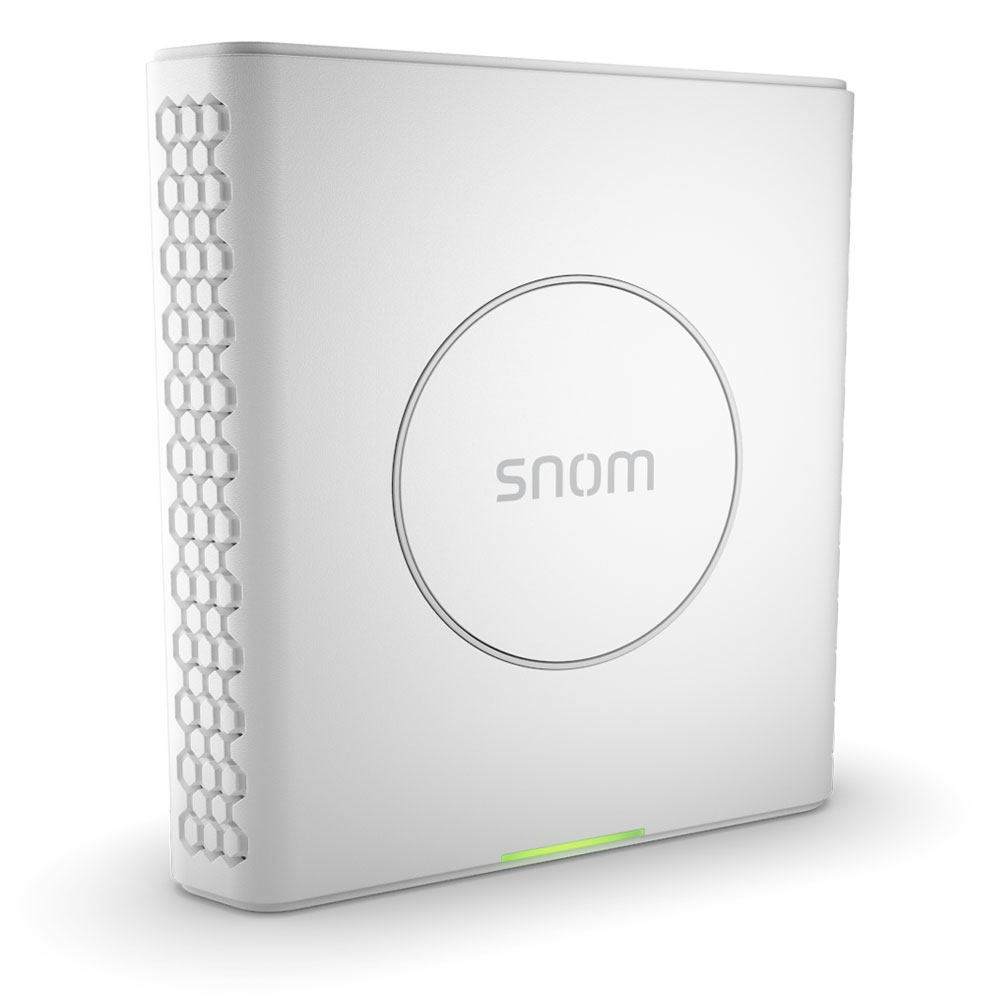 Snom M900 is an IP base station for wireless communications in large-scale spaces like offices, box stores, warehouses, and hangars. As part of a multicell system, M900 can support up to 16,000 (!) handsets across up to 4,000 base stations and 100 repeaters. Each base station supports 8 narrowband or 4 wideband calls with seamless handover and roaming between the stations. In other words, M900 provides unmatched scalability for HD wireless telephony.

Snom M900 uses DECT to communicate with the handsets, giving you incredible range of 50m (164ft) indoors. Your communications are secure with TLS encryption. M900 is compatible with new and existing Snom DECT handsets. On top of that, you get over-the-air updates for the handsets, greatly reducing admin time. M900 is wall-mountable. Power it using PoE.