The workplace is more than a four-walled room, and this headset is for more than business.

Why should we let our customers have all the fun? We loaned out a Jabra Evolve 80 headset to our resident audiophile and let him go wild with it.

First impressions are everything. It’s quickly apparent that the Jabra Evolve 80 is a sturdy, well-built device. Bend it and flex it, and it doesn’t feel like it’s going to fall apart.

The headset arrived with a carrying case and a flight adapter. Unfortunately, no one here was getting on a plane anytime soon, so we couldn’t test out the audio quality with the flight adapter.

When you think of a headset, you imagine a device with a thin headband and a little foam cushion. The Jabra Evolve 80 blows that visual away. It makes an impressive statement with an appearance comparable to that of top-of-the-line consumer headphones. 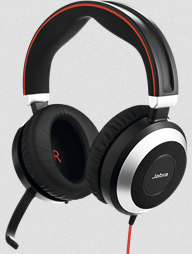 The headset’s speakers also fold flat, for portability in that carrying case we mentioned earlier. Both the microphone and the speakers are still very strong and only shifted when our reviewer wanted to reposition them.

Don’t worry about the Jabra Evolve 80 sliding off your head. It has a very snug fit and the earpieces conform to your head. While you’re bobbing your head to your favorite song, the headset won’t go crashing to the floor. 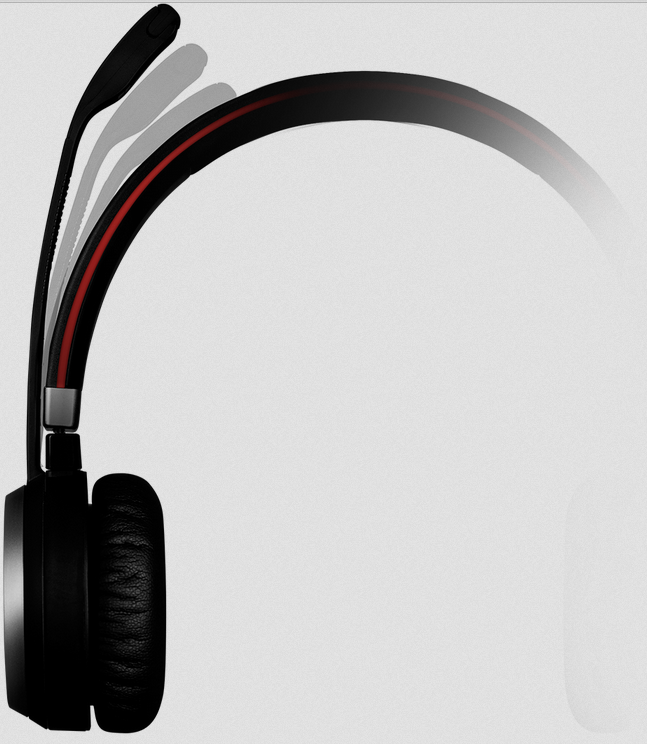 Now our audiophile can have some fun. The Jabra Evolve 80 headset features a 3.5mm jack and a USB adapter. He plugged it into the 3.5mm port on a cell phone and made a few calls. And then he plugged it into the USB adapter and the USB port on his computer to play music. Both times, the audio quality was very impressive. Human voices were heard clearly and music sounded incredibly rich.

The ultimate test: call quality, music and special effects at the same time. The best environment for this experience is none other than online gaming. A movie provides a similar experience, but the audio is mixed ahead of time. Online gaming is dynamic; who knows what’s going to happen.

Our audiophile stated that the audio quality was “amazing” compared to purpose-built gaming headphones. Other players sounded live and in-person, explosions and battles in action games were loud and immersive, and background music was still rich.

A business headset that sounds “amazing” with online gaming? That statement is rarely made.

What truly sets the Jabra Evolve 80 apart from comparable headsets and headphones is the active noise cancellation feature. When this feature was turned on, audio performance through the microphone and speakers graduated to a whole new level.

With active NC on, it was very hard to hear anything outside of the headset. Sound coming from the headset also seemed louder and more directed to the ears, and the microphone appeared more sensitive. 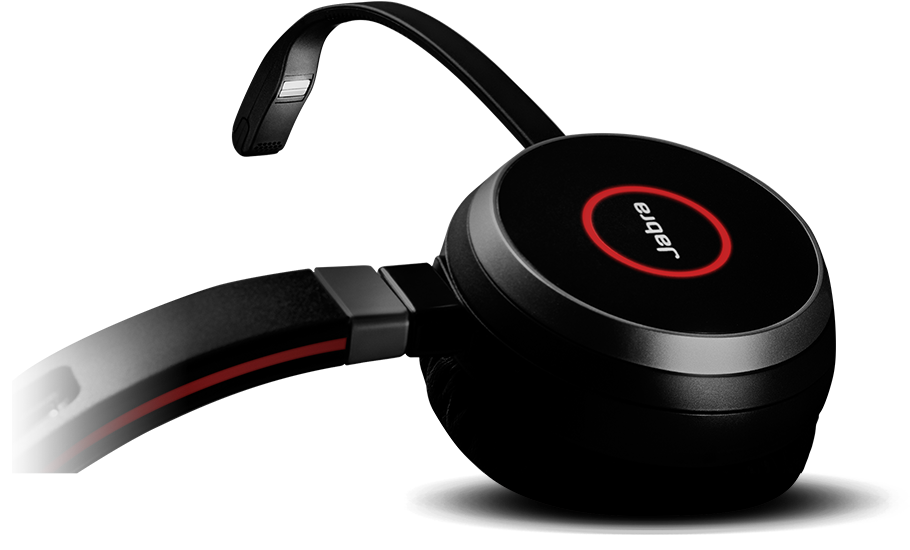 What is active noise cancellation?

Let’s say that active noise cancellation has a value of “+1,” and background sound has a value of “-1.” Together, they would have zero value, meaning that no noise outside of the headset would enter your ears. 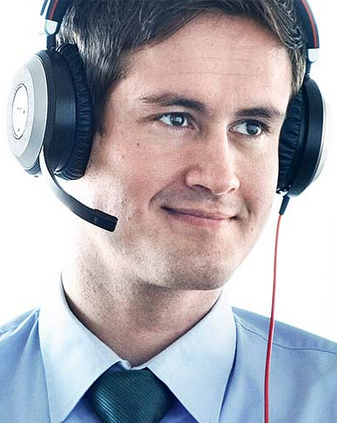 Where should I use the Jabra Evolve 80?

All things considered, this headset is perfect for open office environments. An open office, void of walls and personal space, is riddled with noise. While active noise cancellation is jarring in a quiet environment, someone using the Jabra Evolve 80 in a loud call center or office would definitely embrace the technology.

Reminder: active noise cancellation can be turned on and off.

Jabra is marketing the headset towards modern workers, frequently in and out of the office, taking their work with them on the bus or train ride home. With the trend being towards more open work environments and less cubicle farms, the Jabra Evolve 80 is well equipped for the future workplace.

As a bonus, you receive a great music, gaming and entertainment headset/pair of headphones. The multiple connector types help to position this headset as the one device you need for all of your audio.

Additional features that our audiophile mentioned were call controls on the USB adapter, padding behind the call controls to keep them level on the table, and a great cord length. A ring around the headset’s speakers lights up when a call is in progress, telling others “do not disturb.” 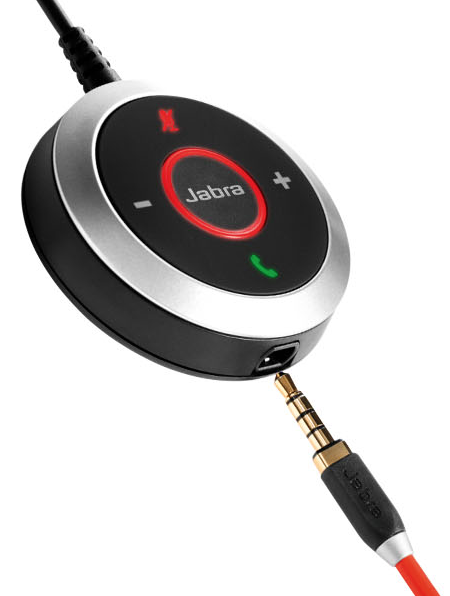 If noise is plaguing your calls, the Jabra Evolve 80 headset is the cure. The hideaway microphone and large speakers let the headset go toe-to-toe with the best consumer-grade headphones on the market. The workplace has change and this headset has evolved to keep up. We vote for this headset as a top pick for anyone that uses their headset for more than phone calls or frequently takes it outside of the office.

Jabra’s parent company is rooted in over one hundred years of audio know-how. Jabra is continuing the company’s history of innovation through the Evolve series and several other recent releases. As the workplace continues to change, if you don’t require the Jabra Evolve headset now, you might need a similar solution sometime in the near future.