An alternative to expensive room systems and cheap webcams.

1) USB connection to a laptop or computer

At the heart of the AVer VC520 is a small hub, less than four inches in diameter. The hub connects the system to your Windows PC or Mac computer. It’s also the central device in the system, connected to the included PTZ camera and scalable speakerphone.

Video conferencing systems with capabilities similar to the VC520 usually include a codec, not a USB hub. The codec connects to the various components (camera, microphone, speaker, display, etc.) and also to the network via a local switch—the systems are networked.

Trying to network a video conferencing system can present unexpected problems. The network switch has to be optimized to prioritize traffic, the firewall has to be configured, and so on and so on. Not to mention, if there’s no network switch or wall jack within distance of the system, now you’re paying someone to install cabling.

The AVer VC520’s hub plugs into the USB port on your laptop or desktop computer. Its small form is portable from room to room, or easily hidden with the included mounting accessories. The system uses your computer’s WiFi or Ethernet connection to reach network services. Your system is not only mobile, but wireless as well! 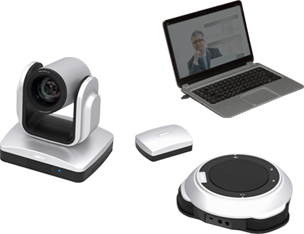 The VC520 is ready for unified communications platforms such as Skype for Business (formerly Microsoft Lync), popular web-based applications including Hangouts, Skype and WebRTC, as well as enterprise solutions like GoToMeeting and WebEx.

Traditional room-based video conferencing systems are becoming increasingly intuitive and standardized. Businesses want simpler solutions, so manufacturers are delivering! The graphic interfaces and menus are easier to navigate, even for first-time users. Networking and video compression protocols are also more uniform than ever, whereas at one point video conferencing systems were mostly proprietary.

The AVer VC520 brings your web-based applications from the desktop to the meeting room. Plug your laptop or computer into the system’s USB hub and the room’s HD display, and start conferencing. Or just use the system from your desktop—it’s your choice!

The system is plug-and-play compatible with your favorite web-based applications, providing a user interface that you’re already accustomed to. It also supports existing video standards such as H.264 and MJPEG. 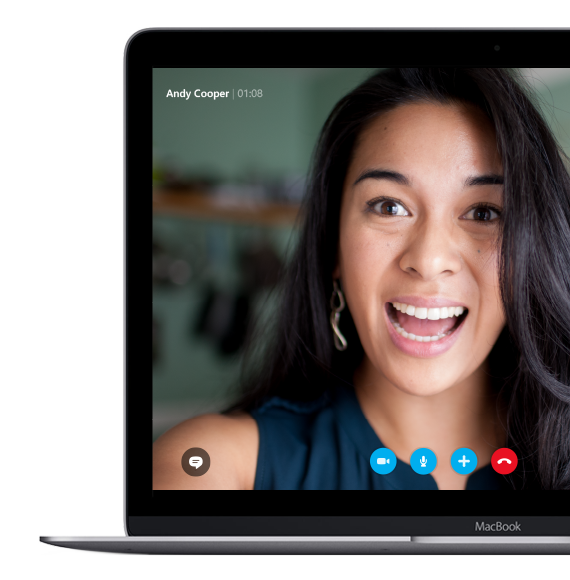 So far we’ve described the AVer VC520 as a glorified webcam. Webcams offer USB connectivity and web app compatibility. The system’s included PTZ camera and scalable speakerphone are what really make it stand out.

The camera features mechanical PTZ (pan, tilt, zoom) with 12x optical zoom. Pan the camera from right to left, tilt it up and down, and magnify the room with the built-in optical zoom. Mechanical PTZ means that you don’t have to manually adjust the camera, an awkward move in the middle of a live meeting. The camera’s movements are mechanical and controllable via the included remote control or available AVer PTZapp.

What’s more, the zoom is optical and adjustable to a scale of 12-times. Optical zoom changes the lens length to magnify incoming images, which does not affect the overall picture quality. Digital zoom, on the other hand, magnifies the processed image and can deteriorate picture quality.

Set up the included camera at your desk or at the front of a large meeting room. Video conferencing systems and webcams with 12x zoom (or a comparable zoom capability) are very popular because they can view participants up close and far away with incredibly clarity. 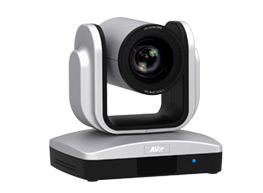 Also packaged with the AVer VC520 video conferencing system is a speakerphone. The speakerphone is made up of microphone and speaker elements, plus an expandable design.

The speakerphone is rated with a voice pickup range of 15 feet. Participants’ voices within a 15-foot, 360-degree radius of the speakerphone are clear and distinct. Not one, but three microphones about built into the phone, providing all-over room coverage. For best coverage, place the speakerphone on a table in the center of the meeting room.

The speaker element within the phone has a maximum frequency response of 20 kHz. A wide frequency response, such as this one, can reproduce almost every subtle nuance of the human voice. Remote participants sound as though they’re sitting in the same meeting room.

5) Plug-and-play from room to room

Since the AVer VC520 requires a computer and a video conferencing application, it cannot be used as a standalone system. However, you can move it from room to room, and plug it in to your existing equipment.

Let’s say you have six meeting rooms. Each room has its own computer and display. Buying a video conferencing system for every room would be expensive. Instead, you decide to purchase two or three AVer VC520 systems and cart them between the rooms. If you need to use the systems outside of your meeting rooms, the USB connectivity makes it immediately possible.

The AVer VC520 does not include a video in or video out port for connecting to an HD television or computer monitor. The system relies on your laptop’s built-in display or desktop computer’s video out port. If your video conferencing application supports content sharing or dual monitors, it won’t be restricted by the VC520, since those capabilities are left to the computer’s hardware and software.

Going back to our six meeting rooms, every one of those rooms could have a different set up. Two displays in these three rooms and one display in those three rooms, for example.